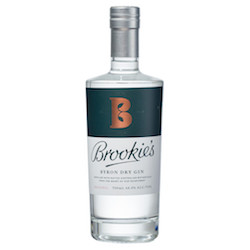 The Birth of a New Spirit

A Journey From Grain to Glass 🥃 We are thrilled to announce the exciting next chapter of Cape Byron Distillery ~ the Wonderful World of Whisky!

Our Co-Founder & Master Distiller Jim McEwan was recently at the distillery in Byron Bay to launch our journey into distilling whisky along with Eddie Brook, Co-Founder & Distiller and turned a dream into a reality with the birth of a new spirit.

Jim has a tremendous wealth of experience with over 55 years in the distilling industry, winning countless awards and accolades. Jim is the only distiller in the world to win Master Distiller of The Year 3 times and in 2014, was given a Hall of Fame Lifetime Achievement Award. A true legend of his craft, we are so grateful and lucky to have him on board. If you would like to know more about Jim, he has recently featured in a Scotch Whisky movie, Scotch: The Golden Dram which is premiering at the Glasgow Film Festival 2019.

The journey of our whisky production began with creating a product similar to beer without the inclusion of hops, known as a ‘wash’ in the industry. Our beer/wash is assisted and produced by neighbours and good friends at Stone & Wood Brewery, using malted barley as the preferred grain.

The same 2,000 litre, custom made, Tasmanian copper pot still that produces our Gin is the same piece of equipment used in crafting the distillery’s new spirit. Once the wash is passed through the still twice, the alcohol runs off the still and is put into barrels.

We have sourced American oak whiskey casks from Tennessee & Kentucky that have previously held American whiskey, the casks are currently being filled with our ‘New Make Spirit’ that will age and mature to become a single malt whisky after several years.

From here on out, the distillery will proudly continue to carry the baton handed on from Jim McEwan, producing high-quality new make spirit and increasing production as the distillery scales up over the months to come.

We are so excited to discover how the unique, subtropical climate and salty sea air of Byron Bay’s coastline will give the whisky its special quality. Co-founder & Distiller Eddie Brook.

Until then, let time weave its magic…

Are you old enough to buy a Gin at the bar?